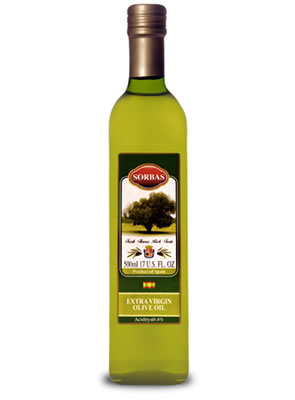 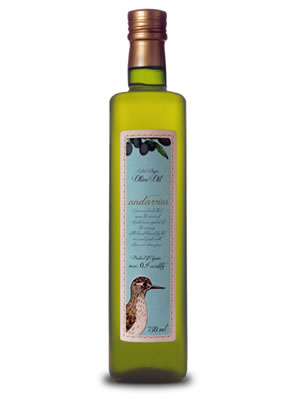 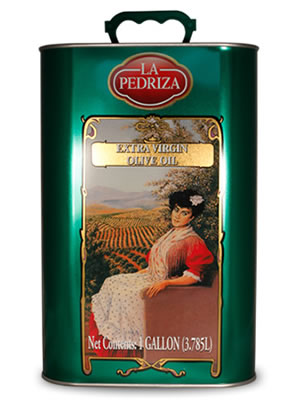 At L&P Global BV we offer different types of oils with the possibility to personalize your packaging.

It is the olive oil which has a free acidity, expressed as oleic acid, of not more than 0.8 gram per 100 grams. It is a top-grade olive oil synonymous of superior quality, with a very fresh, fruity flavour containing many antioxidants and polyphenols. The taste characteristics of an extra virgin olive oil can be diverse, such as having notes of the following: leaves, banana, tomato, ripe apple, wood, grass, ripe almond, among others. Simply put, an equilibrated extra virgin olive oil, has medium green fruitiness (as an almond) with, a tomato flavour, and a sweet taste with light pungency and slight bitterness.

In order to comply with the standards of the International Olive Oil Council (IOOC), an extra virgin olive oil must be made from fresh olives processed quickly following harvest and the oil should be removed mechanically, without using solvents, at a temperature not exceeding 28 °C. It must not be mixed with other oils or pomace (leftovers from milling) and must pass the laboratory and flavour tests of the IOOC.

Biological extra virgin olive oil is obtained from olive trees that are cultivated without additives. It is the olive oil which has a free acidity, expressed as oleic acid, of not more than 0.8 gram per 100 grams.

This is an intermediate-quality oil, which has a free acidity, expressed as oleic acid, of not more than 2 grams per 100 grams. It has certain flaws, such as having virtually no fruity flavour or a rancid or humid flavour, that renders its designation as extra virgin olive oil impossible. Virgin olive oil can be used for cooking as well as for frying.

Blended olive oil is the oil consisting of a blend of refined olive oil and virgin olive oil which has a free acidity, expressed as oleic acid, of less than or equal to 1 grams per 100 grams This is the olive oil that has been refined to remove flaws. Virtually odourless and tasteless, refined oil is mixed with a little extra virgin olive oil for flavour. It is cheaper than extra virgin and a good choice for cooking dishes that don't require a strong olive oil flavour.

This oil is the poorest quality oil in terms of its suitability for consumption. It is the oil comprising the blend of refined olive-pomace oil and virgin olive oil which has a free acidity, expressed as oleic acid, of less than or equal to 1 gram per 100 grams. It is produced from excess residue from earlier pressed olive. It is refined using solvents and mixed with a little extra-virgin olive oil.

Thanks to its nutritional and medicinal properties, the grapes and their seeds and leaves have been used for centuries in home remedies. Grape Seed Oil is an important source of polyphenols, flavonoids, essential fatty acids- linoleic acid, vitamin E, and oligomeric proanthocyanins. These components have been used as treatments for many minor health problems.

Sunflower oil, which is natural and healthy, is produced from sunflower seeds, which contain more vitamin E than any other vegetable oil. The oil is light in terms of taste and appearance, is a combination of mono-unsaturated and polyunsaturated fats with low levels of saturated fats. Sunflower oil can be used for every type of frying, such as deep frying and shallow frying, thanks to its high smoking point. 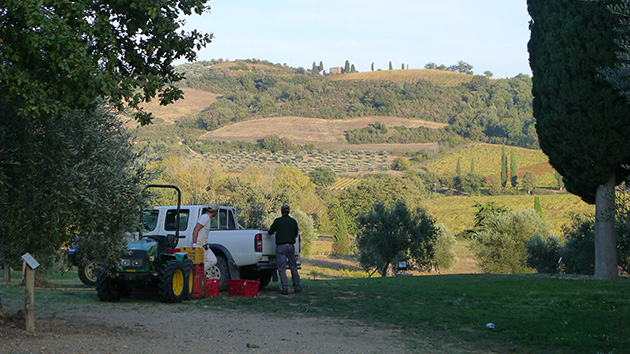 Spain is unquestionably the world leader on olive oil production. This country dedicates 2.4 million hectares of land to this valuable crop. Through our long-term innovative vision and passion for olive oil, we have taken the utmost care for our crop to grow the best quality of olives in order to get a premium olive oil. 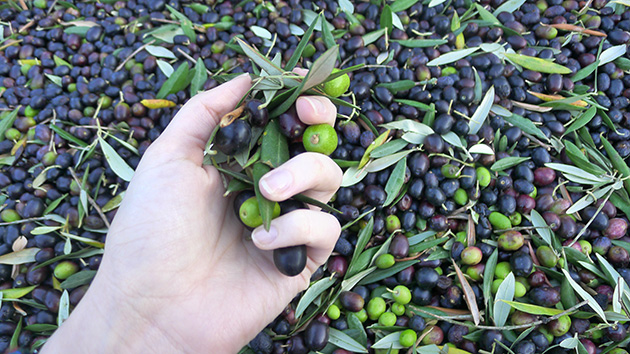 The olive harvest starts in October and it ends in the beginning of March. Harvesting can be done by hand or by machinery. To get a premium extra virgin olive oil, the olives must be transferred to the factory in less than 4 hours.

When the olives arrive to the factory, they must be cleaned to get rid of dirt and leaves. First, the olives must get through an aspirator, with magnets, fans and vibrating screen. Then, the olives get to washing tank to get rid of mineral dirt (e.g. sand). In addition, it is important that the water is changed regularly to avoid that the earthy particles affect the flavour of the final olive oil.

Milling is the process of transforming the olives into olive oil. The milling involves the following: grinding the olives into a paste and malaxing the paste at a maximum temperature of 28ºC during 20 to 40 minutes to allow small oil droplets to combine into bigger ones. 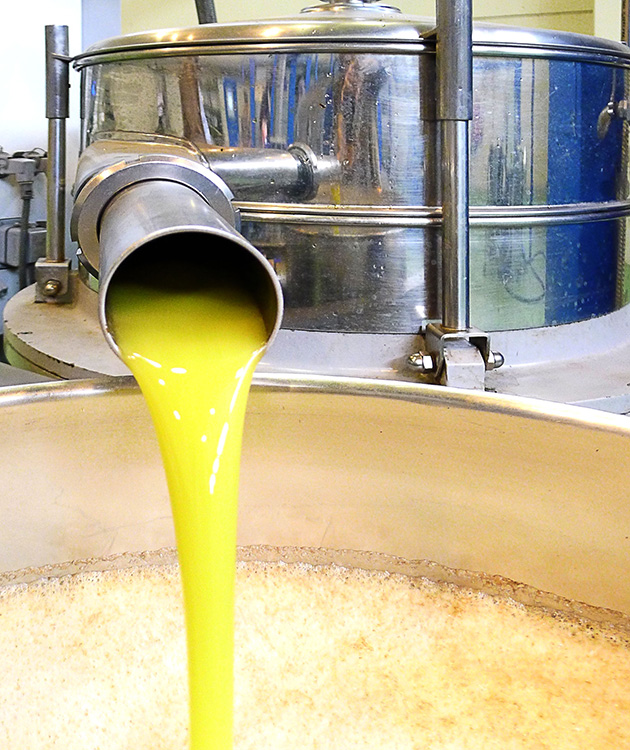 Racking and filtering refer to separating the water from the oil to get a premium extra virgin olive oil. 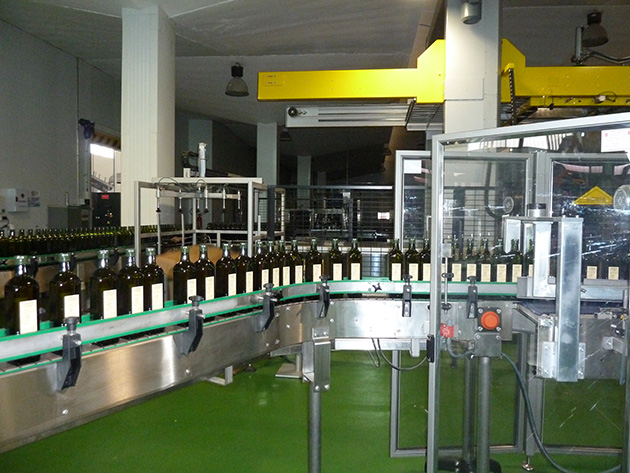 Olive oil can be stored in plastic stainless steel and stainless-steel containers free of aromas or polluting substances. The olive oil must be stored at a temperature of between 13ºC and 18ºC. The good storage of the olive oil is very important to avoid deterioration through the lipase and the oxygen actions. Oxidation or rancidity is accelerated when exposed to light and heat.

The olive oil needs to be filtered before bottling. It is important to mention that the colour of the extra virgin olive oil is not indicative of quality. It may go from deep green to light yellow, and it depends on the olive variety, harvesting time and lights.

L&P Global BV has been the leader in exporting olive oil from Spain to the rest of Europe, China, South Africa and North African countries for the past 10 years. Thanks to our competitive business insight in today´s global food industry and our close relationship with the producers, we have been ranked among the most relevant olive oil importers in China. More specifically, L&P Global has ranked number 25 at the 2016 Top 500 Olive Oil Importers in China.

Our clients choose L&P Global for its premium quality olive oil at very competitive prices and an excellent export service. We strive to provide our clients with the best customer service combined with our professional insight to achieve a highly competitive advantage that our clients can rely on.

Looking for bulk olive oil supplier? At L&P Global we can help you export extra virgin olive oil in bulk from Spain to anywhere in the world in an easy and convenient way. We are specialist in exporting bulk in Drums (200 Kg), IBC tanks (1,000 L) and Flexitanks (22,000 L).

Customized labels and bottles: At L&P Global we can customize the olive oil’s labels and bottling upon your requests. Choose a bottle from our inventory and we will customize your label based on your requirements - we can include your company, the name of the distributor, the hotel, the restaurant or the individual purchaser in the label. Some labels can commemorate special events such as weddings, birthdays, New Year or other festivities.