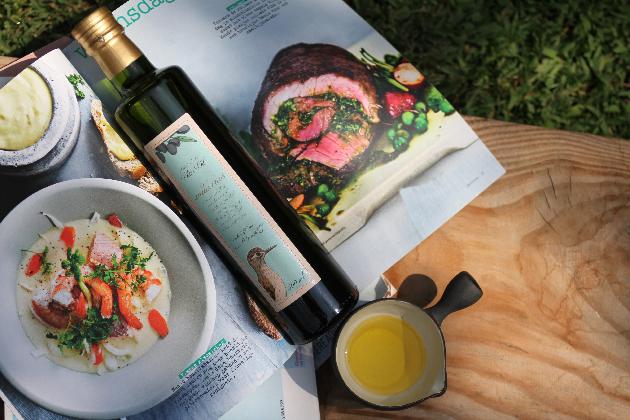 The Mediterranean Diet is associated with a multitude of health benefits. It has shown to:

- Prevent heart disease and strokes
- Keep you agile
- Halve the risk of Parkinson's disease
- Increase longevity
- Protect against type 2 diabetes
- And it can even reduce the risk of Alzheimer's!

Alzheimer's is the most common cause of dementia, a general term for memory loss and other cognitive abilities severe enough to interfere with daily life. Alzheimer's disease accounts for 60 percent to 80 percent of dementia cases.

How is Alzheimer's Diagnosed?

How can oleocanthal help Alzheimer's?

According to the study entitled “Solution state characterization of amyloid beta-derived diffusible ligands,” Biochemistry by R.W. Hepler and company, 'Neurodegenerative diseases, including Alzheimer''s, is characterized by an increase of β-amyloid peptide oligomerization, known as amyloid-derived diffusible ligands (ADDLs), which are a toxic species responsible for neurodegeneration.' Studies show that after the administration of oleocanthal (OC), there were significantly lower rates of ADDL penetration through the blood-brain barrier, which then inhibits the possibility of Alzheimer's disease.

How can you incorporate EVOO into your diet?

Extra Virgin Olive Oil isn't limited to just frying food; you can even use it in vinaigrettes, emulsion blends, cocktails, or taking it as it is. EVOO contains what is considered a healthy fat; you don't need to worry about bad cholesterol building up over time if you drink it to keep your memory sharp. But, if the taste of pure olive oil irks you, you can mix it into a freshly squeezed fruit juice to help it go down easier.

There are absolutely no risks to a Mediterranian Diet; in fact, it is the healthiest in the world. It can be directly attributed to the consumption and use of olive oil as opposed to other oils that are rich in trans and monosaturated fat.

Keep your memory sharp with L&P Global's Extra Virgin Olive Oil!. Leave us a message at info@lpglobal.eu to place an order. Remember, a healthy life is a happy life.