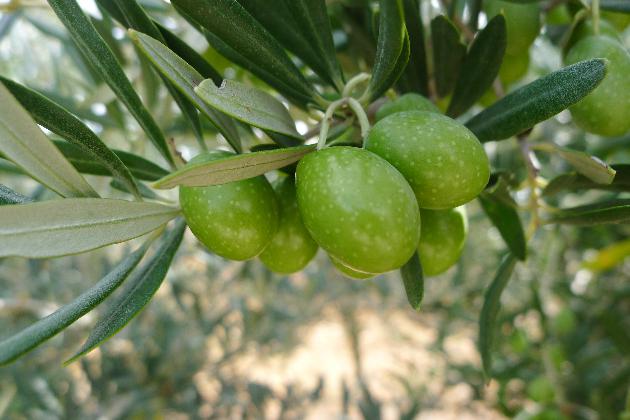 Spain is the largest producer of olive oil, also widely referred to as 'liquid gold'. The history of olive oil is closely linked to the history of Spain. The cultivation of olive trees began in Greece and was introduced into Spain by the Phoenicians around 1050 BC. The Romans expanded and improved the cultivation of olive trees in Spain, which became the official supplier of olive oil in its empire, with the exportation of more than six trillion litres over a period of 250 years. It continued to cultivate and improve techniques for the production of oil, passing the million tonnes mark in terms of production in the last few years.

Steps involved in the production of olive oil, following the collection of the olives are:

1. Cleaning the olives: Stems, branches and leaves are removed, and the olives may or may not be cleaned with water to remove pesticides, dirt, etc.
2. Grinding the olives: Stone wheels or rollers roll in a circular motion over a slab of granite to grind the olives to a pulp, or an electric engine attached to a cogged mill pulverises the olives.
3. Mixing to increase the production of olive oil: Mixing or blending the pulp obtained between 20 - 40 minutes allows small droplets of oil to be obtained that will be later combined with larger ones that may be eliminated in the next step. The pulp is often heated to 28 °C during this process.
4. Separation of the oil and the water from the fruit (pomace): using a press.
5. Separation of the oil from the water: the liquid is turned in a centrifuge.
6.Processing of the oil, additional extraction: refine and deodorize, to reduce acidity and improve the flavour.
7. Bottling and storage considerations: Olive oil can be stored in plastic stainless steel, stainless steel containers. The oil deteriorates through the lipase and the oxygen actions. Oxidation or rancidity is accelerated when exposed to light and heat.
8. Tasting and classification of oil: Olive oil is classified according to its acidity and flavour, following tests carried out by experts.

If you would like to receive more information about the process of olive oil, send us a message at info@lpglobal.eu or contact us here